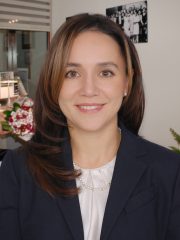 Elif Uysal is a Professor in the Department of Electrical and Electronics Engineering at the Middle East Technical University (METU), in Ankara, Turkey. She received the Ph.D. degree in EE from Stanford University in 2003, the S.M. degree in EECS from the Massachusetts Institute of Technology (MIT) in 1999 and the B.S. degree from METU in 1997. From 2003-05 she was a lecturer at MIT, and from 2005-06 she was an Assistant Professor at the Ohio State University (OSU). Since 2006, she has been with METU, and held visiting positions at OSU and MIT during 2014-2016. Dr. Uysal is a recipient of the 2014 Young Scientist Award from the Science Academy of Turkey, an IBM Faculty Award (2010), the Turkish National Science Foundation Career Award (2006), an NSF Foundations on Communication research grant (2006-2010), the MIT Vinton Hayes Fellowship, and the Stanford Graduate Fellowship. She is an editor for the IEEE/ACM Transactions on Networking served as associate editor for the IEEE Transactions on Wireless Communication (2014-2018), and track 3 co-chair for IEEE PIMRC 2019. Her current research is supported by TUBITAK, Huawei, and Turk Telekom. Dr. Uysal’s research interests are at the junction of communication and networking theories. She has worked as consultant to several companies on the design of wireless networks, especially ad-hoc and sensor networks.